In the southeast lowlands of Missouri a new county was established in 1849. It was formed from the lower half of Wayne County, an area too large to meet the growing needs of all its residents. The new county, approximately 36 miles long and 26 miles wide, sits at the top of the bootheel of Missouri with a comparatively small portion of the northwest section in the foothills of the Ozark Mountains. And an interesting county it was. The land was covered with swamplands and forests of hardwood trees. It was sparsely settled by families from Kentucky, Tennessee, Illinois and Indiana. Unlike the many French and German settlers in Missouri, these were primarily folks of English, Scotch and Irish ancestry – hard working, brave farmers looking for a better life for their families.

The county was named for one of the heroes of these people, native of Kentucky, Gen. William O. Butler. William Orlando Butler was a member of a family of military distinction. His grandfather, Thomas Butler, was a Revolutionary War hero. Thomas’ five sons also served in the Revolutionary War and were known as “the Gallant Butlers.” One of these five, Percival, was the father of William O. Butler.

Following the war Percival was sent to Carrollton, Ky., as adjutant general (non military) to the territory, and there he and his family made their home. William distinguished himself in the War of 1812 by rising from private to major. At the time Butler County was organized, Gen. Butler was at the peak of his popularity for his service in the war with Mexico in which he served as a major general. He was commander of all American armies in Mexico. Gen. Butler was a lawyer by profession. He ran for vice president on the Democratic ticket with presidential candidate Lewis Cass in 1848. They were defeated by Zachary Taylor, also a Mexican war hero, and Millard Fillmore.

General Butler died in 1880 at the age of 90. The general is honored in his home state by a state park named for him. The General Butler State Resort Park is between Louisville and Cincinnati at Carrollton on highway I-75. The nineteenth century historic Butler-Turpin home is in the park and contains the furnishings of the Butler family.

People and trees are the sources of most of the names of towns, villages and communities in Butler County. We began with the county, named for a illustrious man.

Poplar Bluff was an uninhabited bluff on Black River on which to place the town that would contain their governing offices, and they named it for the beautiful poplar trees that grew profusely on that bluff. They called it Poplar Bluff and they set out to build a town, their county seat. By the end of 1850 a town had been started and some ten families lived in Poplar Bluff. In 1855 the first court house was built and the town grew, and finally, on Feb. 9, 1870, Poplar Bluff was incorporated. 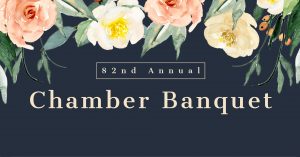 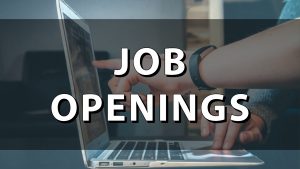 Looking for employment in the Poplar Bluff Area? Click Here to explore openings with our Chamber Members! If you are a member and are hiring, contact us at (573) 785-7761 to have your opening advertised on our website for free. 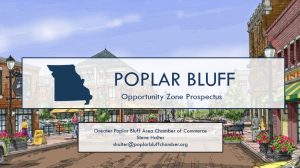 The City of Poplar Bluff is home to federally-designated Opportunity Zones, including a zone in Downtown Poplar Bluff. Click the link to learn more about Poplar Bluff’s Zones and how you can invest in our growing community!

ChamberMaster is your direct connection to the Greater Poplar Bluff Area Chamber of Commerce. As a member, you have the opportunity to market your business to consumers by enhancing your informational home page with pictures and text. You can also post Hot Deals, Job Openings, Events, and more! You can even run reports to see hit statistics for your home page and other advertised items.